Latindex, Redalyc–AmeliCA, LA Referencia and CLACSO want to express their appreciation to UNESCO for the Open Science Recommendation, approved after a broad consultation process by 193 countries that participated in the 41st General Conference in November 2021.

Open Science coincides with the values of universal access to knowledge, revaluation of local scientific production and inclusion to different actors in the process of scientific production; values of a region where open access to knowledge has been a tradition and a norm, even before it was written with capital letters in the vocabulary of the world of publication. This circumstance is due to the fact that in Latin America and the Caribbean, knowledge has historically been conceptualized as a public good.

However, in recent years, globalization and commercialization of research and higher education have led to the imposition of uniform criteria and indicators of productivity, quality and impact of scientific work and its products’, blurring the contributions of countries and institutions, instead of promoting different models of openness adapted to local conditions and needs.

It is important that the transition to Open Science also means an openness to other knowledge, other cultures and other ways of thinking, other languages; that takes into account the context, in order to ensure a fair and correct exchange of scientific knowledge for the welfare of society and the care for the environment. This implies that Open Science requires a universal regulatory framework that ensures the integrity of information and the equity in the distribution of knowledge, avoiding the commercialization and profit, while guaranteeing respect and diversity; a framework in which, through international collaboration, the prevalence of knowledge products and the universal access to them is ensured.

Our region has to work together in the generation of consolidated indicators that properly reflect the production published in journals, books and repositories to be used by those who evaluate researchers, institutions and research projects. In this sense, the generation of responsible metrics and their interaction with institutional repositories and research management systems should be coordinated with regional initiatives that strive for a change in the current evaluation system, such as the Latin American Forum on Scientific Evaluation (FOLEC by its acronym in Spanish-CLACSO).

We wish to highlight the vision that we share and that has permeated the work in the region: collaboration and moving away from the commercialization of science. In this context, we strongly support the Unesco Recommendation on Open Science and urge governments and academic institutions to apply them in all their breadth. 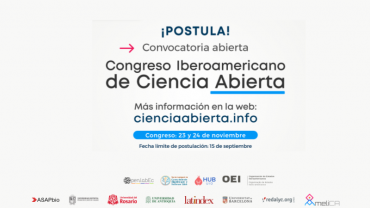