Recognizing the need to increase the scientific outputs, foster ecosystems for Open Access of scholarly resources, and to initiate a longer term cooperation for Open Access, UNESCO joined hands with the Ministry of Higher Education, Science, Technology and Innovation in Angola, the Óscar Ribas University, Redalyc of the Autonomous University of the State of Mexico and “AmeliCA Open Knowledge” to organize a five-part webinar on the creation, management and indexing of scientific journals. The series of webinars, hosted by the Óscar Ribas University in Luanda, Angola, took place between 29 July and 26 August 2020. 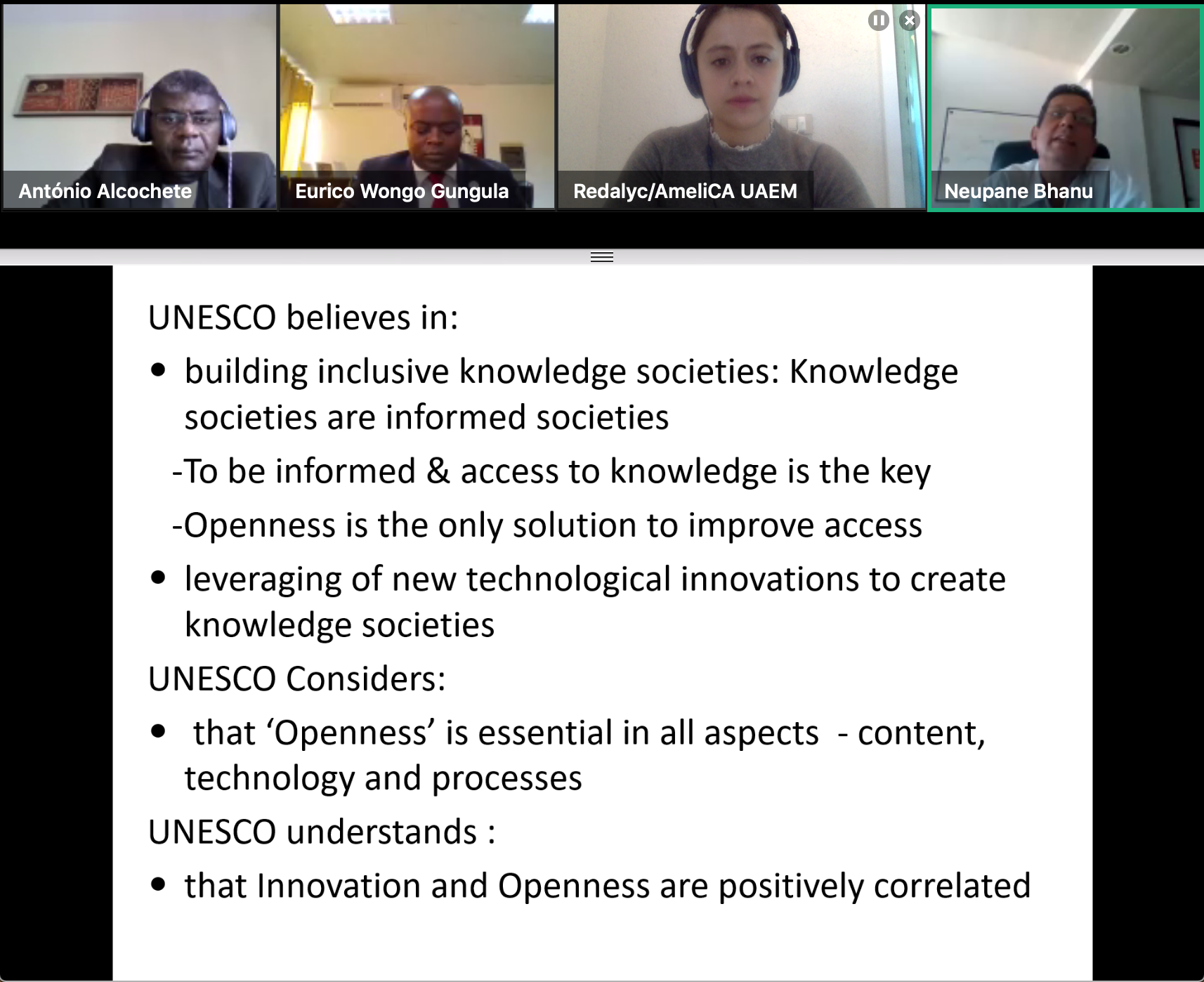 The webinars also provided an opportunity to discuss with the Angolan National Commission long term cooperation between UNESCO and the Government of Angola to develop a countrywide policy for Open Access, 2) organize several capacity building sessions on Open Access and create an Open Science Repository for Angola. Highlighting the significance of the webinar series, Eurico Wongo Gungula, the Rector of Óscar Ribas University noted “Angola is looking forward to work with UNESCO and other partners to advance its activities on Open Access, which will help democratize scientific knowledge and increase the visibility of Angola’s scientific scholarship”. 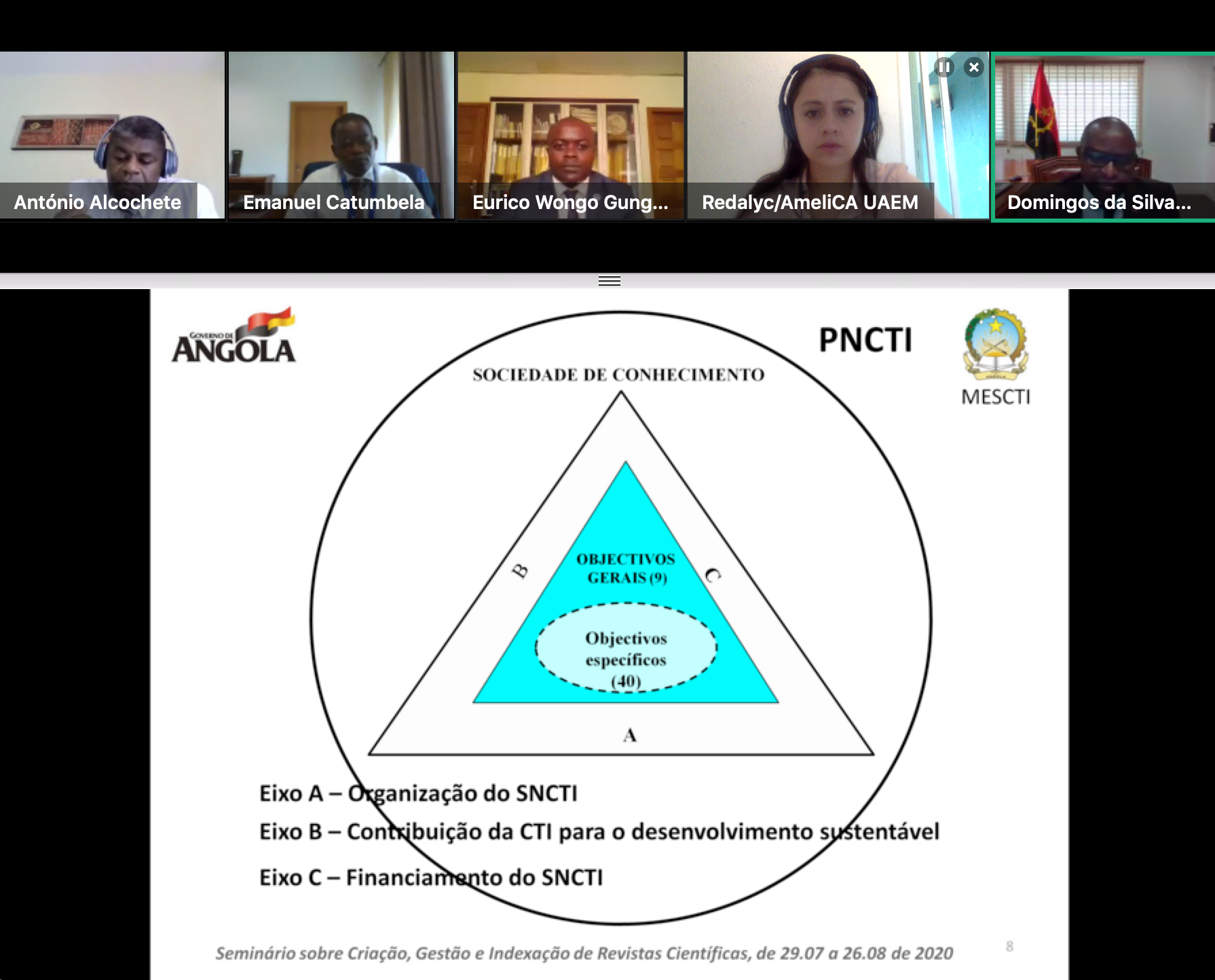 Speaking at the closing ceremony, the Minister of Higher Education, Science, Technology and Innovation, Maria do Rosário Bragança Sambo, underscored the popularity of the webinars “ the data in our possession demonstrate that this seminar raised great interest, as there are 696 attendees, from 24 countries, namely : Angola, Argentina, Bolivia, Brazil, Canada, Chile, Colombia, Costa Rica, Cuba, Dominican Republic, Ecuador, France, Germany, Guyana, Mexico, Peru, Portugal, Romania, Russian Federation, Timor-Leste , Tunisia, United Kingdom, United States of America, and Venezuela. The participants had an average interest of 78% and a mean attendance per session corresponded to 302 participants. It is also relevant to note that there was a remarkable participation of many Angolans in the diaspora.”

Minister Bragança Sambo further noted “ …the objectives of the webinars have been fully achieved, …the expectations surrounding the webinars were exceeded. the Ministry of Higher Education, Science, Technology and Innovation (MESCTI) in close collaboration with the Óscar Ribas University and other institutions and organizations in Angola, will continue to work in close cooperation with international partners such as UNESCO, REDALYC/AMELICA and create an Angolan Network of Scientific Journals, which will be responsible for parameterizing and evaluating journals that will be useful for the advancement of academics involved in Higher Education and Scientific Researcher. This network will be interconnected with the international databases so that the visibility of Angolan researcher…”

Stressing the need for enhanced south-south collaboration, the Founder Director of Redalyc, Mr. Eduardo Aguado Lopez “need to think of Open Access from the Global South perspective” and asserted the readiness of Redalyc and AmeliCA to support UNESCO and Angola’s planned initiative to increase scientific outputs in Angola and in the adoption of good practices related to scientific publications, scientific research, editorial processes of scientific journals. 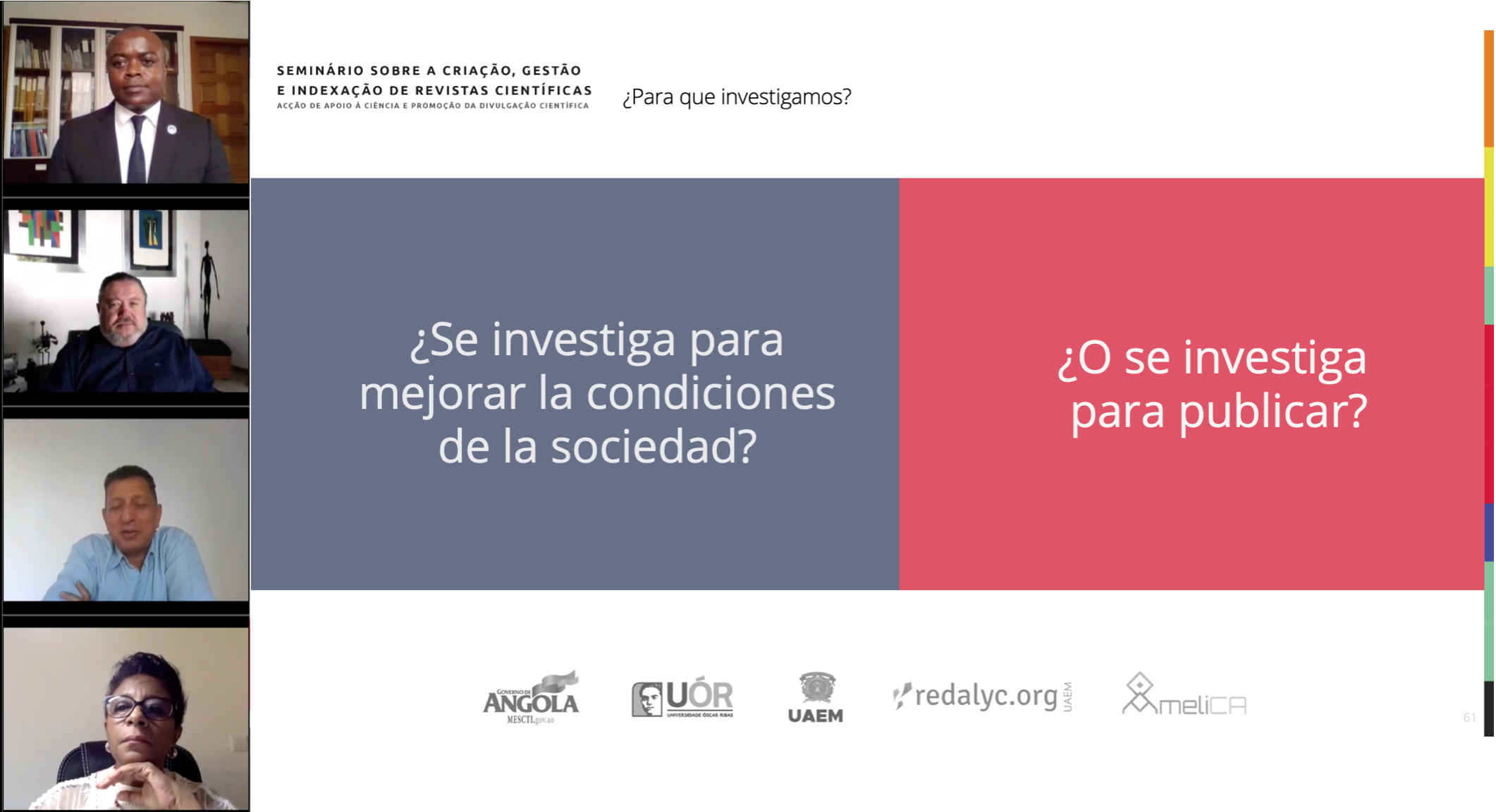 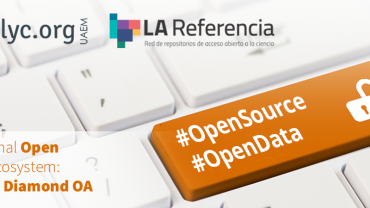 Doctor in Pedagogical Sciences, specialty in Mathematics. Rector of the Óscar Ribas University (UOR), Luanda, Angola. Member of the National Council for Higher Education (CNES-Angola). Member of the Association of International Educators (NAFSA-USA). Co-author of the annual award of the Academy of Sciences in Cuba in 2017 (Decree-Law 163 of 1996). Editor of the Scientific Journal SAPIENTIAE, edited by the UOR. Member of the International Editorial Boards of Scientific Journals of Angola, Brazil, Cuba, Costa Rica and Venezuela.