The future of Open Science, though promising, is not certain. Contribute to the sustainability of DOAB, OAPEN, Open Citations and PKP through the Global Sustainability Coalition for Open Science Services – SCOSS

With the same spirits with which Juan Goytisolo wrote Las sagradas formas, a compilation of several critical essays to “call into question the once-and-for-all established truths in the realms of history and literature,” in this essay, shorter than Goytisolo’s work, I aim to question the façade of the modern-day scholarly publishing in Latin America’s context in order to prompt discussion on academic writing genres, publishing mechanisms and conditions, and scientific knowledge communication in social sciences and humanities. This is a first approach against the rule of the scientific article, a writing genre favoured by universities, science and technology funding agencies, and scientific information repositories to communicate research output in this discipline.

Recently, Manuel Gil Antón addressed some atrocities of the research work that the National Council of Science and Technology (Conacyt-Mexico) promotes through the National System of Researchers (SNI). Gil Antón states that such reign leads to think that in matters of “research the sooner and the more is published the better, favouring the venue of publication (taking how the journal is classified according to its “impact” as synonymous with quality) in lieu of a good academic work that’s intended to be transmitted to experts on the field or to greater audiences interested in the topic.” In a nutshell, the academy and its bureaucracies have mixed the tree up with the forest.

Looking down on other academic writing genre means amputating the cultural expressions of a region in the globe that, with regard to the essay, has proved to be more efficient in understanding, amongst many other things, the political reality of our countries at different moments of Latin American history.

Consequently, the academically profitable channel to communicate knowledge is the scientific research journal via a peculiar writing genre: the scientific article. This sacred form, which has distorted the meaning of publishing in social sciences and humanities, has become an instrument to assess academic work, particularly, the work of university researchers who labour in precarious working conditions as demonstrated by Lorena Pilloni in her latest blog entry: Why not addressing work when talking about academic assessment?

The rule of such writing genre in social sciences and humanities has been imported uncritically from natural sciences, virtually, looking down its nose at other ways to communicate research work. For instance, individual or collective books, conferences, congress proceedings, specialized seminars, dissertations and thesis, amongst others. I’m not sure whether an inferiority complex by those from social sciences and humanities vis-à-vis a scientific status or a discriminatory attitude by those from natural sciences is what has favoured the imposition of this writing genre and scholarly communication channel on all other disciplines.

Truth be told, this sacred form has eventually reduced social research to publishing this sort of texts, which at best, are read by peer researchers that assess them, and at worst, they’re not even read by the journal’s editor. Very likely some editors know this but for those who prefer empirical evidence I recommend Fashionable Nonsense by Alan Sokal and Jean Bricmont.

We should bear in mind that communicating social and humanistic research in Latin America doesn’t always fit the scientific article’s rigid frame. It’s also worth noting that scholarly publishing in social sciences and humanities is not only intended for experts on specific fields.

Scholarly publishing is compliant with its social dimension since it addresses a wide and different public that looks for ideas and arguments to discuss and guide public life. In its pedagogical role, it addresses undergraduates and postgraduates alike. Scholarly publishing in social sciences and humanities doesn’t settle for mere assessment but aims to have an impact on public life by holding conversations with non-academic speakers—citizens, public servants, representatives, opinion leaders, organic intellectuals, activists, bibliomaniacs and so on.

Following their modern-day profile, scholarly journals in this field have kept themselves in a conversation with authors, editors, assessors and repositories, turning a deaf ear to others. In many cases, they publish for curriculum purposes as Claudio Lomnitz recalls in his essay curriculismo mágico.

In a wonderful combative book“Manifiesto por una Universidad popular” Michel Onfray, dedicates a section for the disastrous consequences of marketing imperatives in culture and academic life. Under the title “La biblioteca rosa en filosofía” (“The Pink Library in Philosophy”), French professor criticises the universe of philosophic editing. He writes: “The least opuscule is launched onto the market, little works with a somewhat humorous title, falsely unwrapped, intellectually inconsistent—in other words, they don’t have the least idea, let alone a subversive, dangerous or useful idea to resist the world in its way.”

The same ill does scholarly editing suffer in general. Much is published because assessment criteria for research work are partial and limited—reduced to quantitative criteria. In record time researchers have to gather a minimum amount of works, called “output” to demonstrate their “quality” as researchers and so to access the external and institutional incentive programs that appease the ruling labour precariousness.

Historically, for Hispanics in both sides of the Atlantic, social and humanistic reflection has found better conditions—as of 500 years—in another writing genre that over time has been disappearing from the academic world: the essay. It is not coincidence that under the reign of the “sacred form” our best Hispanic American thinkers, academics, philosophers and writers are not cited. I mean, where is the work—not academic output—of the great masters of the Hispanic American thinking who also lectured and had their books published, in many cases, by university publishers?

The intellectual legacy of thinkers and academics such as Alfonso Reyes, Luis Villoro, Octavio Paz, José Guilherme Merquior, José Ortega y Gasset, Miguel de Unamuno, José Gaos, Miguel León Portilla, María Zambrano, amongst many others, is far beyond the current frames that border the digital circuit of scholarly publishing and their corresponding indices and rankings. Today’s quandary for some professors and public intellectuals is crystal-clear: citations or readers? Such is the case of Roger Bartra, who has shared some thoughts on scholarly publishing in the age of digital revolution.

Scholarly publishing in social sciences and humanities does not settle for mere assessment but aims to have an impact on public life by holding conversations with non-academic speakers. For instance, citizens, public servants, representatives, opinion leaders, organic intellectuals, activists, bibliomaniacs and so on.

As things stand, we should, on the one hand, reclaim alternative circuits of communication that have been historically defined in Latin America, and at the same time “reverse the usual process of building indicators, which normally feeds on “international” databases, to build them bottom up, through observation at the institutional level” as Fernanda Beigel suggests in her entry A world of circuits: the shift from impact to circulation.

Looking down on other academic writing genre means amputating the cultural expressions of a region in the globe that, with regard to the essay, has proved to be more efficient in understanding, amongst many other things, the political reality of our countries at different moments of Latin American history.

Called the other West by some thinkers and academics of the region, Latin America has developed a writing genre that reflects a particular way of being and living in the world: the essay. This writing tradition and social and humanistic reflection must be reclaimed in the world of scientific communication otherwise it’ll die in the frozen waters of the scientific article.

Hence, this Blog as an open space to discuss ideas about global scientific publishing and communication takes on the challenge to recover such ways to communicate scholarly knowledge, which is, at present, underestimated by the mainstream science. 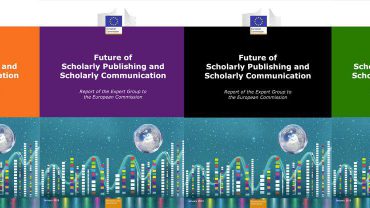