Editor’s note: Written by Fyfe, A. (2018). Ownership and control of scientific journals: the view from 1963. The History of the Scientific Journal-The economic, social and cultural history of the world’s oldest scientific journal (Blog). University of St Andrews, Arts & Humanities Research Council, The Royal Society. Translated into Spanish by AmeliCA.

On 13 June 1963, the president of the Royal Society Howard Florey presented a ‘Code for the Publication of New Scientific Journals’ to a meeting of officers representing 55 British scientific societies.

In the light of subsequent developments in the management and ownership of scientific journals, the Code’s insistence upon scholarly control of academic journals is notable. It was written at a time when the growing involvement of commercial publishers in academic publishing was becoming visible.

“The present tendency for commercial publishers to initiate new scientific journals in great numbers is causing concern to many people. With the expansion of established sciences and advances into new fields and disciplines it is evident that new journals are necessary.”

The question was: who should have control of these new journals? The Society’s answer was clear:

“Ideally, the best body to start and run a journal is a scientific society, but if that is impossible, a journal should only be put in the hands of a commercial publisher with the following safeguards…”

It is not yet entirely clear to us what the reaction or effect of this proposed Code was.

The meeting at which it was first discussed was supposed to be the first in an annual series that would create ‘more contact between the many scientific societies’. The fact that the series started with ‘Scientific Publications’ is a striking statement of the concern felt about publishing in the early 1960s. To stimulate discussion, the Royal Society offered tea and coffee, and circulated advance copies of Frank Morley’s pamphlet Self-Help for Learned Societies (Nuffield Foundation, 1963). It’s a fascinating read, grounded in the fear that learned society publishing was near to extinction; and full of advice on how societies could reform their practical publishing operations (mostly through focusing on increasing their sales income).

The problem with both the Code and the Self-Help advice is that they enabled societies to reform their own practices, but had no power to affect what commercial publishers (e.g. Pergamon, Blackwell) were doing. The Code was written on the assumption that ideas for new journals would emerge from the scholarly community, and that a group of academics would then need to find a way to work with a publisher, while retaining ownership. In fact, plenty of new journals in the 1960s and 1970s were created from the big publishing firms, who then found academics to work with them (for the wider context, see our Untangling Academic Publishing, 2017).

Journals created by commercial publishers did indeed seek scholarly respectability by appointing boards of academics to oversee ‘scientific and editorial policy’. But with ownership of the journal resting with the publisher, such boards had little or no involvement in financial policy.

That insistence that copyright be retained by authors (or by editorial boards, as representatives of the academic community) is also intriguing in the light of subsequent developments. It is not yet clear quite when publishers of academic journals became so determined to control copyright, but it is a phenomenon of the later twentieth century. The Royal Society changed its policy in 1990 (asking authors to transfer copyright, rather than holding copyright jointly between author and the Society). The Society was unlikely to have been a pioneer in this, but was likely to be reflecting general trends in the publishing industry. Its justification was framed in the light of seeking ‘maximum protection’ from the recent 1988 Copyright Act; owning copyright would give the Society control over ‘secondary rights, such as reprinting, reproduction and electronic document delivery’. This attitude reflected the fact that – in contrast to the 1960s – journal publishing had come to be managed as a potential source of income for the Society, rather than a service to the scholarly community. (Note, the Society has now changed to a licence to publish).

In the twenty-first century, we might usefully look again at these 1963 ideas. Their argument about the importance of governance and ownership of academic journals seems timely. 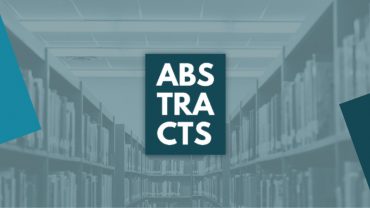 Professor Aileen Fyfe (PI, St Andrews) is a social and cultural historian of the sciences, with particular interests in the publishing and popularisation of the sciences in Britain. Her research focuses upon the history of science and technology, particularly the communication of science, and the technologies which made that possible. She is currently investigating the history of academic publishing from the seventeenth century to the present day; this includes the financial models underpinning scientific journals, as well as their editorial and reviewing processes.